The History of the Catholic Daughters of the Americas

CDA contributed money to the war effort during World War II. They bought war bonds and defense stamps, helped to fund chapels, camps and food necessities, and provided entertainment for those in the service. The membership also became involved in making bandages, sewing, conducting first aid classes and donating blood across the country. The statistics of the efforts of the CDA are staggering. Various court purchased $1.6 million worth of war bonds, individual members bought $4.7 million and sold $3 million more to others. More than 8,314 members served as instructors for the Red Cross, and 15,061 members made four million surgical dressings. Contributions to the USO exceeded $100,000. During this time the CDA were still involved in many important issues, such as juvenile delinquency, democracy, peace, postwar America, labor and the war, women in industry, help for students in China, racism, the Equal Rights Amendment, and federalized education.

Bishop Fulton J. Sheen addressed the delegates at the 24th Biennial Convention held in 1952. He said, “You are the Catholic Daughters of America; I would like you to become Catholic Daughters of the World.” He urged the CDA membership to extend their charity to the needs of the poor and to the ends of the world. In December, 2015, under National Regent, Shirley Seyfried, the first “world” court was instituted in Kandisi, Kenya. In June, 2016, three courts were instituted in Peru.

In 1954, the order changed its name to the Catholic Daughters of the Americas. There are now approximately 68,000 members in 1250 courts in the United States, Mexico, Puerto Rico, Guam, Kenya, and Peru. Its international headquarters are located in New York City. It donates generously to several charitable causes, provides scholarships, works with Habitat for Humanity, and supports the aged and infirm retired Catholic clergy, and is very pro-life.

The Daughters became very involved in overseas duty during World War I. They acted as nurses, did clerical work, conducted sewing and knitting classes for the Red Cross, and staged parties to entertain the servicemen. They also helped the Knights of Columbus raise $3 million for recreational activities for the enlisted men. When the war ended, Supreme Regent Genevieve Walsh was named to the newly formed national Catholic War Council. The CDA was a part of the restoration of the University of Louvain’s ravaged library in Belgium. It was also during this time that a youth society called “War Service Plan for Girls” was formed. This group later evolved into the Junior Catholic Daughters.

At a biennial convention in 1921, the order changed its name from the Daughters of Isabella to the Catholic Daughters of America (CDA).  In 1925 the first court outside of the United States was established in Cuba. It was during this time that the Knights of Columbus severed its ties with CDA, allowing it to become an independent organization.  In 1926, the national headquarters moved from Utica to its current location at 10 West 71 Street in New York City.  By 1928, the membership of the CDA had swelled to 170,000 members in courts that spanned 45 states, Panama, Puerto Rico, Cuba, and Canada.

Supreme Regent Mary Duffy led the organization into becoming involved in community life, social work and services, literary endeavors, and missionary work. CDA supported the Catholic press, and they protested against the Oregon Compulsory School Law and the Cummins-Valle Birth Control Bill. The organization kept a close watch on adverse legislative matters across the nation, and its members engaged in legislative discussions. The CDA became associated with the Legion of Decency and took a public stand against mercy killing (euthanasia).

Young college women can become members of Campus Courts at some universities.

“Something Beautiful for God”

A History of Support to Priests and to the Church

The Catholic Daughters of the Americas continues to live out its motto of “Unity and Charity” today. In 1976 CDA presented a bicentennial gift of $750,000 to the Catholic University of America to establish a Chair in American Catholic History.

In 1990 the bishops approached the organization to take a “leadership role” in support of the Papal Foundation, citing CDA’s committed support “of the Church at the highest level.” The national office gave a gift of $500,000 to be used by the Holy Father to help Catholic Churches in Third World countries. John Cardinal O’Connor, Archbishop of New York, stated in a letter to National Regent Rayola Mclaughlin that, “The Catholic Daughters has a rich tradition of loyalty and generosity to the Church. Your willingness to step forward at special moments of need is well chronicled in the great works you have accomplished, not only in your parishes but also in your support of the American bishops.”

Since the inception of SOAR! (Support Our Aging Religious!) in 1986, the Catholic Daughters has been one of its largest supporters providing seed money to help religious communities with immediate needs such as repairs on buildings and vans to transport sick and disabled religious.

The Catholic Daughters has a continuous working relationship with Habitat for Humanity International in building affordable housing for the poor. CDA was one of the first women’s organizations to complete a house in Habitat’s seven day “Blitz Build.” To date, Catholic Daughters of the Americas National Court have assisted in building 32 Habitat homes. In addition, at least two states, Texas and Minnesota have assisted with financing and building many more.

Shirley Seyfried, National Regent, holds observer status at the NCCB meetings. She also serves on the boards of the National Shrine of the Immaculate Conception in Washington, DC, Morality in Media, and of the Labouré Society. Grace Rinaldi, Past National Regent, attended the World Conference on Women held in Beijing, China and was a part of a delegation of women in a follow-up study.

The Catholic Daughters of the Americas is a member of the National Council of Catholic Women (NCCW).

The Catholic Daughters of the Americas has nearly 70,000 members in 1,250 courts in the United States and her territories of Puerto Rico, Guam, and the Virgin Islands, Mexico, Kenya, and Peru. 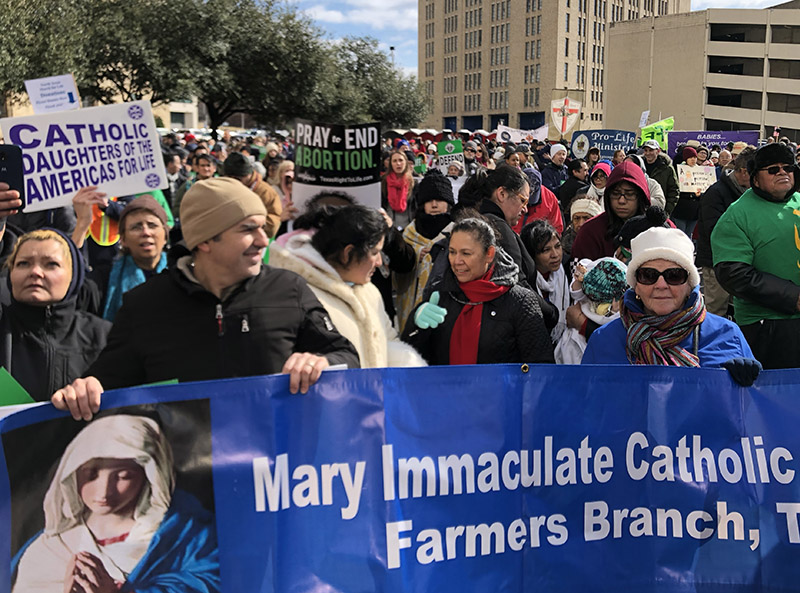